Editor-in-chief of Queensland Newspapers, David Fagan, revealed what he wanted from graduates who apply for jobs. 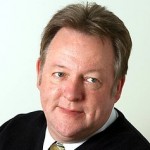 Employers want journalism students to do more than complete a Bachelor of Journalism.

Editor-in-chief of Queensland Newspapers, David Fagan, revealed what he wanted from graduates who apply for jobs following a presentation to JOUR1112 Reporting students on Tuesday.

He said the number of journalists had declined across the industry in recent years but Queensland Newspapers was once again hiring graduates who could demonstrate their commitment to journalism beyond getting a degree.

He said he wanted graduate applicants to demonstrate they had what it takes to be curious; write and get published; be across the news and make sure you’re reading and watching a wide range of it; understand the organisation they’re trying to work for; have a demonstrated work ethic.

“Their basic message to students is ‘get published’ and do as much work experience as you can.”

Mr Austin recently interviewed employers and also SJC graduates who are now employed in the communications sector about their preferences and hot tips for finding paid work.

“The program’s called The Intern Net and it carries a number of interviews I’ve done with employers and successful graduates talking about what they want and how they got what they wanted.

Also, there are interviews with third year journalism interns about how they made the most of their work experience in various journalism and communications workplaces,” Mr Austin said.