The Queen Artivists of Jakarta

In October 2015, two fearless female artists at the forefront of a new movement in the DIY arts ‘n’ crafts communities of Jakarta travelled to Melbourne to take part in a vibrant exhibition, workshop and discussion program titled ‘WANITA: Female Artivism-Jakarta’.

Amani Vassiliou catches up with the artivists two years on to discover how they are continuing to marry art with activism in explosions of creativity.

Artist Ika Vantiani at her home studio in South Jakarta.

Stepping into the living room of Ika Vantiani and you would be hardpressed not to be struck with the wand of creativity yourself.

As Ika describes herself, she is an “artist, curator and vintage collector of everything colourful, old and shiny”. This is evident in the  emporium of vintage trinkets which line the shelves of Ika’s small space.   Miniature circus figurines are propped up proudly alongside a worse for wear Mr Potato Head and an endearing clay sculpture of ET; the notorious extra-terrestrial.  Ika’s immense collection of records, cassettes and CDS  are nestled in between her stacks of books and magazines.

In this room that doubles as her studio, there is hardly enough room to sit, let alone create. And yet on the table in front of me, with it’s bedraggled sprawl of arts and crafts materials, Ika has been working on her latest project: Kata Untuk Perempuam (Word for Women).

Listen to Ika describe the possibilities for open conversation her Word for Women project inspires.

If you are a visitor to Gudang Sarinah Ekosystem, a new art collective compound in inner Jakarta, then it would be hard to bypass the imposing forecourt dominated by murals. It would be even harder to ignore the mural of Marishka Soekarno.

Depicting her signature feminine character, stripped down to her underwear and wound vulnerably, the aesthetic unique to her visual language softens the hard concrete.

“I have this main figure in my work who is a female. Because I am a woman and because I am a mother, any work I create always stems from who I am in society,” Marishka says.

Marishka’s murals are dotted throughout the city of Jakarta and her illustrations have garnered a large social media following generating public awareness for the various women’s issues she approaches.

“I think art serves as a public voice, and we artists have a chance to observe and channel our thoughts into an artwork that relates to everybody. Activism, to me, is really just inspiring people.” 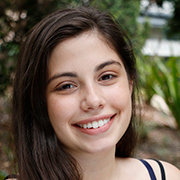 Amani Vassiliou is in her final year of a Journalism/Arts degree with a dual major in International Relations and English Literature. She has previously undertaken an internship at Art Asia Pacific magazine in Hong Kong.