To Tip Or Not To Tip

For many western travellers the idea of begging is a foreign practice. Whilst exploring the beautiful temples and forts in India travellers may be asked for a small tip by both the public and staff members, despite the messaging upon entrance.

In Jaipur, it is still a regular occurrence for grounds keepers to ask tourists for a tip during interactions, such as taking photos or giving directions. While this might become an issue for many, it can take a more hostile turn.

Guards working at Jaipur landmarks, such as Dudhar Singh who works at the Amber Fort, often have to intervene when the pressure for tips is too much.

“The staff inside the forts ask for a tip, but if the tourists say they are being pressured for money, I am be able to step in,” Singh said. “The staff working inside the fort are instructed to behave well so there are very rare complains, but there are still at least a few a month.” However, there are many misconceptions about the income of these employees, as many still earn a very low wage despite having a stable job. Devendra Singh Rathore, a Jaipur native and City tour guide, has spoken with many of these employees who only earn $140 AUD a month.

“The ladies I’ve spoken to said they earn 7000 IND a month, which is not sufficient for the whole family and is a very low amount,” Rathore said. “It is sufficient to live a very basic life, but now necessary things are moving beyond the basic.”

“So if there is a source of income coming form other sources, it is always welcome in India and has become their habit to get money from tourists,” he said. “Slowly tourists would come to the fort, take their picture and give them money, so now they think it is their right to get money if someone takes their picture.

Many different elements factor into the complex matters surrounding begging and selected tipping.

“It’s the responsibility of the local authority to explain etiquette to tourists, but it is the responsibility of the government to not let people beg because is a big economy but they can still feed and provide shelter for our people,” Rathore said. “The government is improving it a lot and it’s rapidly changing, but it still happens and tourists give money to the people, but thats not bad.”

There is also a slow but constant decrease in the number of people begging now in India. However, there are alternatives to tipping with money.

“Tourists still feel the need to help people so we tell the to go to a grocery store and get some food, maybe a packet of biscuits or samosas, to give that to them instead.” Rathore said. “Sometimes even stationary which also acts as positive encouragement because if you give that to someone they really think, especially children.”

“Tourism is not the major reason, it’s poverty, but food is always better than money. Food is always going to be the best help.” 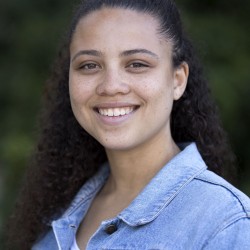 Mckenna Lea is a third year dual Bachelor of Journalism and Bachelor of Communications student majoring in public relations at the University of Queensland. She is fresh off a semester abroad at the University of North Carolina, where she gained experience at a community newspaper, The Durham Voice, and volunteered in inner city classrooms. She hopes to further her knowledge in international journalism during her time with the UQ in India 2017 team.