$3 million footpath to connect Murgon and Cherbourg: Road to resistance or pathway to peace?

Earlier this year, the Australian Government announced $3 million in funding to develop a footpath connecting the communities of Murgon and Cherbourg, but the project is already receiving backlash from locals.

Uncle Eric Law, a Vietnam veteran and Aboriginal Elder says that there is too much hatred between the towns for the road to be of any benefit.

Uncle Eric says, “one scene that really got to me over in Christchurch during the terrorist attack was the first funeral when they were all doing the Haka. I was crying with respect for black and white who were truly affected by it. I [was] crying because that will never happen in this country. There is too much hatred,” between Cherbourg and Murgon.

LNP Member for Wide Bay, Llew O’Brien, has been one of the main drivers behind this reconciliation project.

He says, “we have listened to what the community want, and this project will deliver better infrastructure, more opportunities for local businesses and jobs for locals through this new investment in the region.”

“Once constructed, the footpath will provide a safe alternative route between Cherbourg and Murgon for pedestrians who are currently forced to use the verge of the road,” says Mr O’Brien.

Uncle Eric strongly disagrees with the motives behind the LNP’s decision.

“Whenever an incident happens in Cherbourg the government comes at you with thousands and thousands of dollars. And I say, the big elephant is still in the room and you’re not moving that elephant. As soon as you move that elephant, everything changes,” he says.

“Money is not our problem. We’re probably the most over-resourced community in Australia quite frankly. Money is not going to solve it.”

Mr O’Brien believes his government has listened to the people of Murgon and Cherbourg, but locals continue to show their distaste for the project. 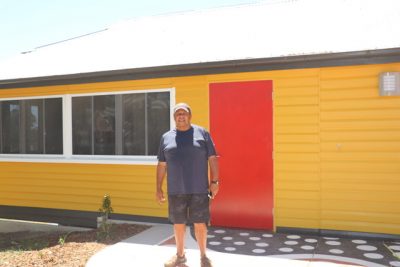 Despite local resistance, the $3 million project is a wonderful opportunity to increase employment throughout the region.

“The Wide Bay Burnett region [has] the second largest population outside of the greater South East Queensland and we have the highest level of unemployment. So what does that say? It says that there is insufficient job opportunit[ies] within our region. We need new industry. We need to be looking forward.”

Mr O’Brien says, “This is an important project that will not only add a missing piece of infrastructure in the local region but will support local jobs through the construction phase.”

“Not only will this project create local jobs, but it will also give young people in the area the skills and experience needed to help prepare them for their lives ahead.”

Minister for Indigenous Affairs, Nigel scullion says, “Llew O’Brien is a champion for Cherbourg and all communities in his electorate and has secured this funding that will deliver more investment and more jobs for the residents of Wide Bay.”

The biggest concern for Murgon and Cherbourg locals is that a $3 million footpath will not fix the real issue at hand. Mental health is a significant issue within the region and it raises questions as to why the government isn’t funding millions of dollars into lifesaving projects that are aimed at preventing suicide and raising awareness about mental health issues.

Uncle Eric says, “In the last month we’ve had two suicides here. One was a 20 year old woman, and the other was a 19 year old boy.”

“One of the real problems with this community is that we are just surrounded by grief. It’s as if there’s a bloody black veil over us and we can’t get out of that grief. No matter where we go or what we do, it sort of follows us. What we need is a circuit breaker. We need something that breaks that cycle!” says the concerned Wakka Wakka Elder.

Although a pragmatic idealist, Uncle Eric can’t seem to find the light at the end of the $3 million footpath. 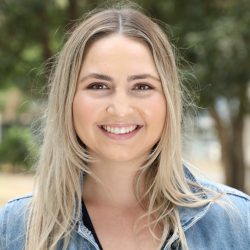 Makenna Baily is in her third year of Journalism/Arts at the University of Queensland, majoring in International Relations and Sports Studies. She has a background in biomedical science and is passionate about health and wellness. Makenna has developed her broadcast skills through her work with 102.9 Hot Tomato and aspires to one day work as a foreign correspondent.