In Mumbai, a city of 12 million people, overcrowding is clearly a problem. When you add the city’s 95,000 stray dogs to the equation, things can get a little squishy.

Stray dogs are no new problem in Mumbai: for centuries, the seemingly endless supplies of slums and street rubbish have acted as a food source for the dogs and drawn them towards the city.

Until 1994, the Mumbai Municipal Corporation used to catch strays, take them to their killing pound, and kill them. This approach was used since the time of Britain’s rule in India.

This all changed when a small NGO known as The Welfare of Stray Dogs stepped in to lobby for an end to the killing of these creatures. Although the government was killing around 40,000 strays per year, the number of dogs never seemed to decrease.

Together with other NGOs, The Welfare of Stray Dogs successfully put an end to the government’s killing program, and began implementing more humane and effective ways to control Mumbai’s dog population – namely, sterilising the dogs so they can’t multiply uncontrollably, and vaccinating them against rabies so they can’t harm the human population.

I travelled to India to find out more about why Mumbai in particular has such a significant stray dog problem, and how these very dedicated NGOs are working relentlessly to achieve the best results for both human and dog. 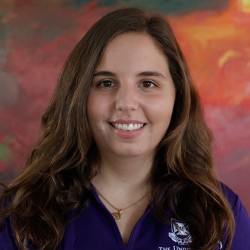 Claudia is studying a combined Bachelor of Journalism/Bachelor of Arts at The University of Queensland. Claudia is currently representing UQ as a foreign correspondent in Mumbai, and hopes to use this opportunity to tell the stories of Mumbai locals through creating documentaries and multimedia pieces.