In drought hit Queensland, rain is not the only thing in short supply. 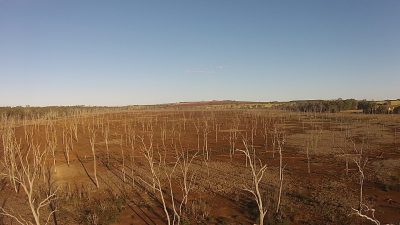 It can take weeks to access mental health support in Queensland’s rural areas.

Demand is growing, and calls for funding to alleviate the heavy workload are falling on deaf ears.

Real-life super heroes like Counsellor Christene Nissen travel all over Queensland to visit clients in some of the country’s most remote areas.

“When you talk about the 33,000 people of the South Burnett, I would see a fair range. I just wish I could see more but our waiting list is getting longer and longer.”

“We do two weeks in Kingaroy and then two weeks at the other centres, it depends on the critical incidents,” Nissen said.

Some clients travel more than three hours for a session.

This comes at a time when the Australian Banking Association has proposed around $40 million toward financial counselling.

Which is an addition to the current government funding of around $45 million, meaning those struggling financially will have more access to support.

“Because we’re not registered psychologists, we do not get any funding under that Medicare framework,” Nissen said.

In 2006, the government did not include counsellors on the Medicare Benefits Schedule (MBS).

“There are far more counsellors and psycho-therapists in regional areas than psychologists and psychiatrists, and so members of the community cannot get access to a Medicare rebate.

According to Australia’s Department of Health: In 2016–17, people living in major cities accessed the MBS for mental health services at a rate of 495 encounters per 1000 people.

Medicare funding would not only give rural communities more access, but counsellors like Christene could increase their associates and staff as well.

“In all my practices, I would see 13 people a day and that doesn’t mean that I push them through, it means that I make time to see everyone,” Nissen said.

Excessive workloads and time pressure put psychologists and counsellors at risk of burning out.

Philip has been the ACA CEO for nearly 20-years and knows how tough it can get.

“What we recommend; if a counsellor is to maintain their own mental health, they shouldn’t be seeing more than five clients a day.”

“We know you want to help as many people as possible, but you can’t help people if you’re not healthy yourself,” Armstrong said.

There are five Queensland health hospitals throughout the region, and all offer mental health services.

Many rural areas around Australia are in a similar position.

Times have never been tougher for our farmers and country communities, as the drought continues. 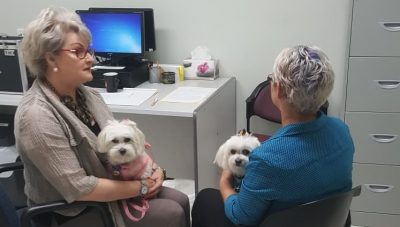 (Christene in session with her therapy dogs, Lionel and Lucy).