Youth suicide is taking a tremendous toll on the community of Cherbourg.

Local community member Uncle Eric works at the Ration Shed and also helps to run the Junior Rangers which is a group that educates youths on culture and respect.

As a lifelong resident of Cherbourg, Uncle Eric said the loss of a loved one touches every single person in the town.

“One of the real problems with this community is that we’re just surrounded by grief,” Uncle Eric said. “It’s as if there’s a black veil over us and we can’t get out of that grief. You know, no matter where we go or what we do, it sort of follows us.”

“There’s no plan B, there’s only plan A, and if plan A fails, they’re going to go do themselves in. There’s nothing more devastating than that, but that’s all they’re left with.” 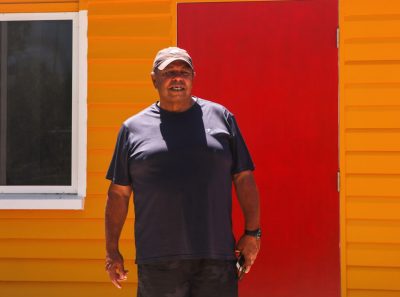 Uncle Eric at the Ration Shed. Photo by Chelsea Clark.

Uncle Eric said a lack of funding is not the problem for Cherbourg.

Both he and the overall community have seen enough tragedy to know that simply throwing money at the problem won’t solve anything.

“Whenever an incident happens the government comes at you with thousands and thousands of dollars,” he said.

“But there’s this big elephant still in the room and you’re not moving that elephant. As soon as you move that elephant everything changes.”

Cherbourg has the assistance of groups such as the Community Training Centre (CTC) who run programs like ‘Safe Haven’ which involves driving a bus at night to collect children who have nowhere else to go. There is also Cherbourg Regional Aboriginal & Islander Community Controlled Health Services medical centre which includes a mental health unit, as well as ‘Safe Talks’ where registered trainers educate youths on mental illness awareness.

One of the most effective ways of spreading word on how to maintain mental wellness is via the community radio. Morning presenter on Cherbourg radio, Chrissy Collier-Bond, said that suicide has been the most prevalent topic recently to cover for the community.

Collier-Bond said Sorry Business occurs regularly throughout the town which can add extra burden to youths in the area.

“We’ve got constant waves of grief from the funerals almost every week here in Cherbourg. And it can really mess with your head space if you haven’t got a strong family base.”

Murgon Deputy Major, Kathy Duff, said she thinks suicide among young people could be linked to a number of causes such as Cherbourg being considered a low-socio economic area, the effects of the drought, or even a mimicking trend.

Duff also suggested that boredom and lack of job opportunities could be driving a negative mindset within the community youth.

“There’s no jobs,” Duff said. “You can pour all the money in the world at them, you can train them, but they want to stay in this community and there’s nothing for them. We’re trying to get something back so when they do the training and they’re job-ready, there’s actually something for them to go to.”

With 75 per cent of the town’s population under 35, young people view the town as their safety blanket and usually have no plans to move away due to close family and culture ties to the land.

But with dwindling job prospects and a 50.6 per cent unemployment rate according to the 2016 census, the concern for young people’s mental wellness is growing in Cherbourg.

With such a complex problem at hand, Duff said the council, elders and local community members are looking at every avenue to address the issue.

“We are training people so we can actually be more alert to it,” Duff said. “We’re asleep at the wheel. We don’t understand why it’s happening, so we’re just trying to get a bit more information and knowledge about it all.” 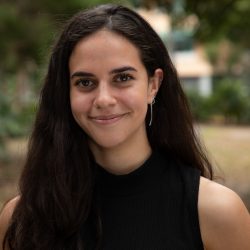 Rachael Rosel is a third year Journalism and Arts student majoring in writing at University of Queensland. She is skilled in writing and passionate about uncovering the whole story. She currently works at Starts at 60 as a cadet journalist and spends her spare time enjoying a nice wine with her friends.