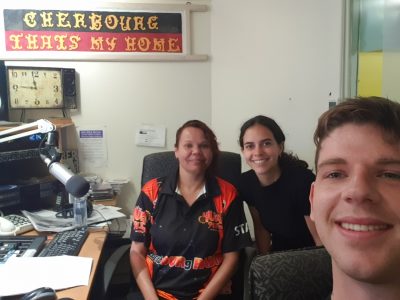 In the third and final episode, Ted and Rachael have a chat with Chrissy from Us Mob FM.

Chrissy opens up on some very sensitive topics affecting the community of Cherbourg.

Next time you’re in the South Burnett, tune into 94.1 FM to hear the Cherbourg based channel.