UQ muslim students and lecturers breaking a day long fast, participation is still strong due to the sense of community.

Fasting is the act of willingly abstaining from food, drink or acts for a period of time. Muslims participating in Ramadan yearly or Catholics participating in Good Friday are the obvious groups who would fast. But who else would willingly participate in such hardships? The answer, most religions and belief and more people are embracing fasting because of the great sense of community engagement that comes with the territory.

At the Festival of Sweets Muslim participates did not know anyone of Islam that did not want to participate.

“Eid-ul-fitr is the celebration upon completion of fasting during Ramadhan. It’s a fun day of community engagement with great food and great company.  Who wouldn’t want to be part of it?” Explained, Nur Farhah, who had come to the festival to provide an information stall.

Muslims have a mandatory fast on the ninth month of the Muslim calendar, Ramadan, to commemorate the period when the Qur’an was first revealed to the Prophet Muhammad.

This period is known as the fourth of the five pillars of Islam and hence quite important to people of the Islamic faith. During this time, no food or drink (including water) may be consumed, or engaging in sexual activity between dawn and dusk. Although mandatory, muslims want to participate and many look forward to the period as a time of community engagement and celebration. “Muslims fast, during Ramadan and other times, primarily to draw closer to Allah by abandoning the bodily luxuries like food and drink.”  Ismail Mohammed, Head of the Muslim Students Association at the University of Queensland (UQ) explained.

“Ramadan also gives us the opportunity to feel the suffering of our less fortunate brothers and sisters and helps us understand the bounties we often take for granted.”

Those of the Christian faith both Catholic and Protestant participate in fasting for similar reasons and community plays an important role. 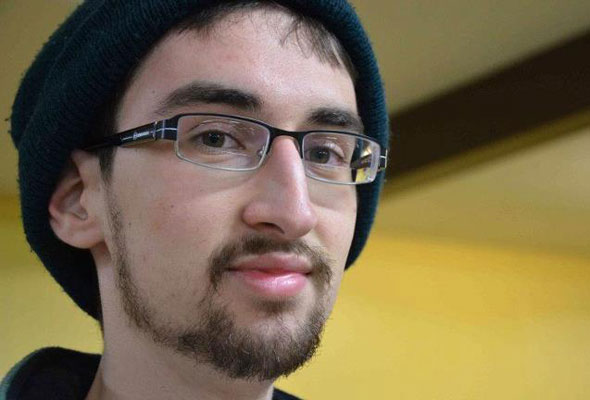 “Catholics tend to fast and abstain from meat on Ash Wednesdays, Good Friday and Fridays during Lent, as a symbolic gesture to remember Jesus and the hardships he had to endure.” Andreas Mayer, the President of the Evangelical Students of the University of Queensland  said.

“Protestants or Evangelical Christians on the other hand don’t really fast during any set times, but when we do it is generally for solidarity with impoverished people or as a spiritual exercise to discipline oneself and focus upon God.”

“Our fasting is often very personal and informal. But that does not mean we cut ourselves off from each other, we draw strength from each other to overcome the challenges and we always feel great once we have.” Ari Heber, a Jewish practitioner, from the Queensland Forum of Christians, Jews and Muslims said, “Fasting in Judaism is spread out over the year, so there are five day long fasts that are similar to Ramadan, but there are two twenty five hour fasts that go for a whole day.”

According to Ari Heber, Jewish practitioners fast for three main reasons, as a means of repentance for past sins, as commemorative mourning for such things as the destruction of the Temple of Jerusalem and finally, as commemorative gratitude of humanities reliance on God’s beneficence in sustaining his creations. These days of fasting are very community driven as they are all about remembering the past hardships and often involve festivals. The Chung Tian Temple in Underwood

Schools of Buddhist teachings such as Vajrayana, Theravada and Mahayana also participate in fasting but use it as a tool to improve self-control or to aid in meditation.

“Buddhism does not command individuals to do anything, but historically fasting has been used as a tool to aid meditation.” A spokesperson from the International Buddhist Association of Queensland said. “Buddhism teaches us moderation, so eating less than the average person, seems like fasting, but is not, it is just a way of life.”

“There  are a lot of monks and nuns who turn to fasting to help with their meditation and self-control, and their peers really help them achieve their goals.”

Many other religious groups and beliefs also fast, a good summary can be found at beliefnet.