May 1998 was a dangerous time to be a Chinese Indonesian in the city of Jakarta.  The murder of four student protesters in Jakarta and demonstrations against the Suharto regime and poor economic conditions had sparked riots in Jakarta.  Making up only four per cent of the population, the Chinese had been seen as more economically successful and as a result were a targeted during the riots. For decades anti-Chinese sentiment had been building up in the region.

“People are creating an idea that this economic issue is coming because of Chinese and they feel jealousy,” said local Hendy Sigitprabowo.

Thousands of shops and houses were looted and burnt to the ground.  Workers were attacked by their own colleagues over a three day period between May 13 and 15. Over 1000 people were murdered and more than 100 girls and women of Chinese ethnicity were raped. Although the groups that committed these acts are unknown, there is suspicion that there may have been military involvement due to the organised nature of the attacks and reports from victims. Some women reported being raped by men who had military uniforms in their cars and who had military hair cuts.

Mr Sigitprabowo said he has similar suspicions: “they wore ordinary t-shirt with caps so they are not suspicious and they get in and rob inside the store”

Today, abandoned buildings still stand. People are busy around the pavements in front, getting on with their day, like nothing ever happened.

However, the resentment still lives just below the surface, only to emerge when a Chinese minister decides to the run for governor.  Candidate Basuki “Ahok” Tjahja Purnama is a Chinese Christian, in a Muslim majority country, who sparked controversy after being put on trial for blasphemy charges. In September last year he quoted a Koranic verse and said that voters should not be swayed by religious leaders claiming that the the verse means that Muslims can not be ruled by a non-Muslim. Reports of Ahok’s quote sparked mass protests in Jakarta calling for Ahok to step down and be prosecuted. The commotion has sparked anti-Chinese sentiment once more with occurrences of hate speech with protesters holding signs that read ‘crush the Chinese’ or calling for Ahok to be hanged.

Local University Student Meta Meidiana believes there is still a divide between Indonesians and Chinese Indonesians.

“There are still majority-minority, in-group out-group issues here. From what I know a leader should be Moslem.”

Despite the cards being stacked up against Ahok he appears to be ahead in the race. In the February election, the candidate came out on top 42.9 per cent of the votes. As no candidate got over fifty per cent a second election will be held on April 19, just a day before his trial.

Little is known about what the reaction will be if Ahok does win the election. But with the protests and anti-Chinese sentiment occurring once more, all we can hope is that history does not repeat itself. 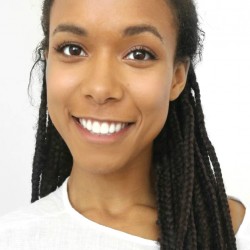 Rachael is passionate about raising awareness through visual journalism. Studying law, in addition to journalism, she is able to put her legal knowledge to use and produce in-depth thought-provoking stories. She understands how journalism can change the world. Travelling to Indonesia she was interested in exploring topics that had both social and political elements.