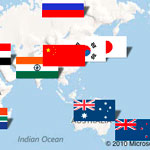 A comparative look at the proposed changes to surveillance legislation of the National Security Inquiry and laws regarding online surveillance around the world.

We all know Big Brother is watching, but exactly how far should his sight span?

While the right to privacy is not a new notion, it seems to be one constantly rearing its controversial head in the public sphere.

This time, it has emerged in the face of the Labor Government’s recent National Security Inquiry, a document highlighting issues arising in the online sector of Australian security measures.

Still in its initial stages as a proposal, the National Security Inquiry addresses the threat of cybercrime at a grassroots level, suggesting amendments to current laws in the name of national security.

The inquiry has already been met with over 200 submissions ranging from concerned individuals to organisations such as the Electronic Frontier Foundation and the Queensland Council for Civil Liberties.

So what is it about the National Security Inquiry that has civilians and companies alike up in arms?

The inquiry, which has been described as ‘draconian’ by Greens representatives, suggests possible reforms to online surveillance and interception legislation.

With this increased surveillance comes the obvious question of breaching civilian privacy and this is where the trouble lies.

However, the hype surrounding initial outrage caused by laws that will allegedly invade our privacy has blinded the public to one of the most important issues arising from the proposal of these new laws — the fact that Australia’s legal framework is extremely dated, and falls behind much of the world when it comes to online security.

Current national laws regarding the powers and limitations of ASIO were created at the turn of the century, while privacy and surveillance laws still rely on legislation created in the 1970’s.

Arguably one of the most unpopular aspects of the inquiry is its recommendation for a data retention period of up to two years, a suggestion the Institute of Public Affairs (IPA) described as “completely lacking in proportionality, undermines basic freedoms and is in fundamental conflict with a right to privacy.”

Despite this claim, many European countries have had data retention measures in place as a result of the Data Retention Directive created in 2006. The European Commission praises the framework’s effectiveness, stating “Law enforcement authorities in most EU States have reported that retained data play a central role in their criminal investigations.”

Another country whose online surveillance legislation far outstrips Australia’s is that of the United States.

The US Patriot Act came into effect weeks after the terrorist attacks of September 11 2001, amid fears of further attack.

This legislation also incorporated the retention of data, as well as including surveillance regarding identification of the origin of information, where previously only the content of information was studied, and the ability to search and seize property under suspicion of being linked to terrorist activity.

The US Patriot Act however has come under fire for secrecy surrounding requirements for surveillance, and also for lacking measures holding both the FBI and Government accountable for possible abuses of their power.

American media scholar Dr Mark Andrejevic believes that the transition to increased surveillance measures as a defence against cybercrime is inevitable.

“We live in a data driven world. Policing is becoming increasingly data driven, the pressure to access the huge amounts of information that are generated by people every day is only going to increase and the ease with which it can be collected stored and processed almost makes it inevitable that we’re moving in this direction where governments are going to collect this information,” he said.

The rapid nature of technological progression requires ongoing measures to ensure that legislation does not become obsolete, and the Nation Security Inquiry presents legitimate concerns faced in the world stage that should not be overlooked for privacy’s sake.

Even a brief look at some of the directives taken internationally to ensure security present a harrowing picture of the infantile state in which Australia’s online policy finds itself.