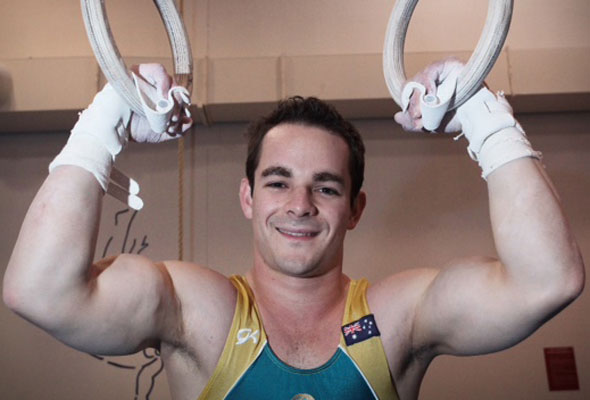 Gymnast tells of lessons from London

While most athletes concentrate solely on their training, Olympic gymnast Jefferis is juggling training, a university masters and still has time to mentor the local youth.

Josh Jefferis at training for the next Commonwealth Games

While most athletes concentrate solely on their training, Olympic gymnast Jefferis is juggling training, a university masters and still has time to mentor the local youth.

Josh Jefferis is one of Australia’s many young and talented professional athletes who competed at the London 2012 Olympic Games. Jefferis represented the green and gold of Australia in artistic gymnastics at London.

Finishing in 19th place overall in artistic gymnastics at the London Olympics Jefferis knows what it takes to compete at the most elite platform of modern sports with the weight of a country riding on his shoulder.

Since the London Games Jefferis has been balancing his training with studying a masters in Physiotherapy at the University of Queensland as well as becoming a motivational speaker with workshop group Performance Potential.

Jefferis believes his experiences in training and competing have given him a unique platform for him to share these experiences with the youth of today.

“Their stories really motivated me, hearing about older gymnastics and how they train, compete and why they do it. It’s one of the things that really motivated me and if I can pass that on to the kids it can go a long way [to helping them].”

For Jefferis gymnastics isn’t just about the glory of winning a gold medal, but it’s about the principals that translate into everyday life.

“Sport isn’t just about training it’s about personal development you can carry a lot of the fundamental principles of training into other aspects of your life.”

Among the many difficulties facing potential Australian athletes today Josh identifies the disproportionate funding schemes in Australia make the journey even harder for some.

“It’s difficult to put money into sports [like gymnastics] where we’ve only won one gold medal. It’s definitely a chicken and the egg situation. You can’t get funding without results and it’s hard to get results without the funding”

Balancing his busy workload Jefferis is looking ahead to the Commonwealth games on the Gold Coast in 2014, where he hopes to add to his existing four Commonwealth Games Gold medals.

For further investigation into the funding of sport in Australia please see related stories: