Lihat tuh, ada bule! roughly translated means “See the foreigner, over there!” and was a phrase I heard many times by small children as they played in the streets of Jakarta.

Follow the moments of these childrens’ lives across Jakarta with sounds taken from various locations where children play in the city, from parks and village streets to schoolyards.

In this visual story I wanted to look at Jakarta in a different way, but in doing so I knew I would never see it in an unbiased way and so in using this Bahasa phrase I acknowledge that while I was fascinated with the lives of the locals, they too were fascinated with me and what I was doing and so the observation often went both ways. 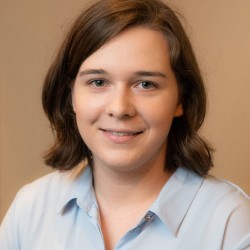 Holly is in her final year as a science and journalism student. She is dedicated to reporting on science and environmental issues as well as regional and rural stories. She has gained experience working in media at the ABC, 4ZZZ, The Brisbane Times and Channel 10 as well as in science through completing her Zoology degree as well as working as a science tutor and mentor.