After a busy week of preparation, Wondai Regional Art Gallery will open its doors to the public on Friday for the launch of its annual October Art Competition. 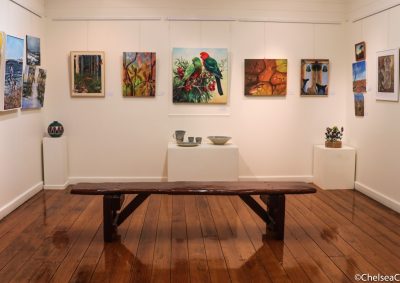 A collection of the competition entries hanging in the main gallery

The competition received approximately 130 entries this year and was opened up to entrants outside the South Burnett Region, giving artists around Australia the opportunity to showcase their work through a variety of mediums.

“I have always believed that art is more than just paintings on a wall,” says Elaine Madill, who has been President of the art gallery for over 16 years.

“We’ve got photography, we’ve got other mediums, we’ve got a new poetry section which is a very nice one,” she says.

On Wednesday morning, Commonwealth registered art evaluator Bruce Heiser visited the gallery to judge the competition entries, and said it was a very difficult process. 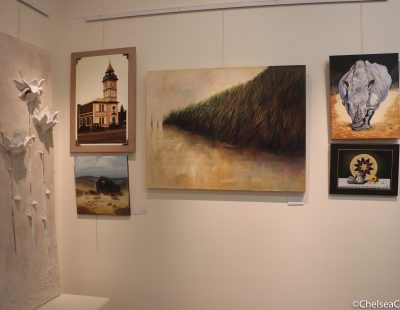 The competition received over 100 entries in a variety of mediums

“There was a lot of work to judge. And within each section there were some really good works that were quite comparable to one another,” he explained.

“What I tend to do is look at the technical aspects such as the composition, the appeal of the image, the craftsmanship.”

“It’s difficult, because you are looking for something that’s a bit unique.”

Categories within the competition included art, photography, sculpture and ceramics and Indigenous Art of Australia, with first prize for each valued at $500. The overall winning entry will receive the Mayor’s Acquisitive Prize sponsored by the South Burnett Regional Council, valued at $3,000.

The gallery receives just 20% commission on any of the artwork sold during the exhibition, and Ms Midell says that this has been the case for as long as she has been President.

“Really and truly, we are not in the game to make money. We do, but our aim is to support the art.”
The Exhibition will open on Friday 4th October at 6pm. Entry is $5. 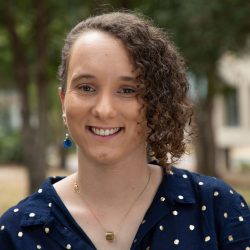 Chelsea Clark is a third year journalism and communications student at the University of Queensland. Majoring in Digital Media, she has a strong interest in storytelling across various mediums including photography and video production. She has interned at a number of well known Brisbane organisations such as Brisbane Writer's Festival and Queensland Ballet. In her spare time she enjoys taking street and landscape photography and playing tennis.