Is making it to the top of the charts really that easy? Unless you have money in your pocket and the right people by your side, it's going to be very difficult. 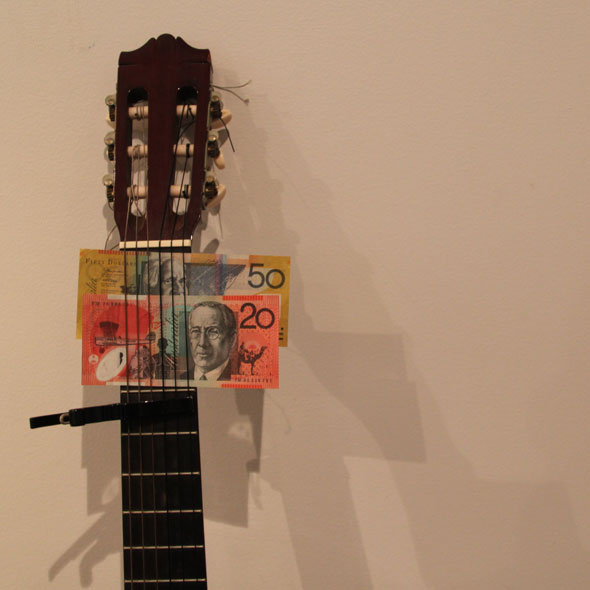 Money, it seems, is vital to any bands success

It’s every young musician’s dream; to walk out on stage in front of thousands of adoring fans. But it seems that without a significant monetary backing, this dream may never be possible.

Every band that you see or hear has to have started from somewhere.

With such an abundance of music bombarding our ears, it’s not unjust thinking to assume nearly anyone can crack the music scene; but this is not case.

Underneath all of the concerts and festivals, there is another world of local music- hundreds of bands doing everything they can just to be heard.

“Self-funding is where it’s at,” Mr Harms said.

“Very few people have money to throw at bands, and when they do, they’ll probably want it back through ‘recouping costs’. That’s pretty much inescapable.”

Despite the emergence of music moving to an online platform, Mr Harms says he still receives as many local albums come into the office looking for promotion as he did six years ago.

Having enough money to get your career of the ground isn’t the only thing you need to take you to the top.

Elliot Gooch, drummer of local Brisbane band Pescadores, says his group has found it very hard to be noticed and says there are two things that will help any band increase their presence.

“It has been difficult to find venues that will allow us to play,” Mr Gooch said.

“We have found that no matter what the quality of the band is like, you need to have two things behind you; money and people you know.”

Talent is the most significant role in the success of any band, but the game of ‘it’s-not-what-you-know-it’s-who-you-know’ is ever present in the local scene.

“Make friends with bands who are playing shows and work your way into a support slot,” Mr Harms said.

“Use this as a platform to get more shows.

“Even if you can’t play that well, as long as your gigging with like-minded people it doesn’t matter too much.”

Mr Harms says even tailoring your music to suit what is played on the radio will only take you to a point.

“You’ll only go so far without the help of good management these days,” Mr Harms said.

“You can sound as slick and poppy as a chart act but it would be unlikely for a radio station to play them or to score a support slot with a big name artist without the right people in their corner.”

Mr Gooch is says the music industry’s notion of what is popular is ever changing and only money and people you know will assist a band in becoming successful.

“It’s nearly impossible to predict what is going to sell in the future,” Mr Gooch said.