Indonesia vs The World. Sustainability Stories

In Indonesia, university students are seen as privileged enough to continue a higher level of study and Indonesia is continuously very reliant and dependent on this generation to improve the country on every aspect, including sustainability.

From almost 20 years of living in the capital city of Indonesia, it is only until the past four years that the country is more aware of sustainability, therefore the issue slowly grow and become a trend in the developing country. However, the lack of awareness of sustainability and the country’s ignorant culture is the main challenge in introducing and embedding such commitment on the citizen’s lifestyle.

The past year for me has been a whole new experience as I moved to Brisbane to continue my study. Outside of my study, the totally different environment has changed my lifestyle, add a whole new perspective of the world, and opened my eye to a different way of thinking. Most particularly in the sustainability issue. Where I’m coming from is still way behind on prioritizing our environment so moving to a developed country is such a progress as living in Brisbane has not only brought me to a state of awareness on sustainability but also encouraged me to change how I live into a better one.

With that, curiosity of other countries’ lifestyle pushes me to learn from other students from Indonesia that went to university all around the globe such as Germany, Hongkong, etc. and how their lifestyle has changed since moving to another country. In addition to that, the interviews will concern the fact whether their lifestyle has become more sustainable or, on the contrary, recognised Indonesia as being more sustainable than they actually realised.

My friends – all over the world. Their stories

To pursue her passion, Thalya moved and study in Vancouver since mid 2017. When we started talking, we noticed that the first change in our lifestyle is the tap water consumption. This is the very first big change as there is no drinkable tap water in Indonesia and Thalya mentioned that the accessible and free tap water is one of her ways to save money while reducing her plastic usage. She also stated that much different from Indonesia, the Canadian government is quite strict with recycling their waste thus she adapts with her environment style in waste management. Other than that, Thalya now tries to eat less meat and strives to be a vegetarian as she is now more health-conscious, and her surroundings are very supportive. She had tried going vegetarian back in our home-country, Indonesia, but she told me that her family and friends are not really supportive. Her aunts or friends would always question her choice and doubt that she’s getting enough nutrition. They would then judge her because she already had a slim body as they assume, she will become more skinny or unhealthy. After moving to Vancouver, she thought it would be nice if Indonesian people have a more open mind. 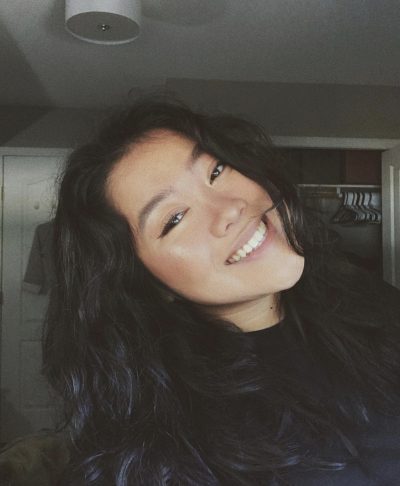 Beside all of the above, Thalya highlights that her family’s culture back home used to never have food leftovers because there is a certain belief her family belief. In Vancouver, she habitually implements this and found new ways of reducing her food waste and reusing her leftovers. She uses leftover ingredients such as carrot skins, onion skin and stems to make stocks, dessert, garnish and soup body. She was really enthusiastic and proud with her innovation. In the end Thalya told me that she also use air-con way more less than she used to in Jakata. However, she thinks that her new consumption of heater in Vancouver is as damaging or even more as she is bad in dealing with Vancouver extreme cold weather.

Out of every respondent, Nathanya was the most excited when asked about her new lifestyle since moving to Berlin. From her perspective, Berlin is a such different country from Indonesia as they are ‘on another level of environmentally cautious’ and are ‘such an activist country’ in advocating the issue. Her first year was a little intimidating yet eventful, particularly when introduced with the new culture such as the Friday for Future movement that involves participants aged younger than her. However, she found her pace with the help of the environment around her that pushes her to not just be aware but also take the action. In addition, she thinks an open-minded community and environment is key to her behavioural change. She felt that three big changes involving food, fashion, and transportation has made her to live a more sustainable life. Vegan and thrift-shopping is such a huge trend in Berlin that she now opted for the healthier but affordable alternative and seek thrift stores or sustainable clothing pieces. She mentioned that sustainable fashion has become a huge market in Berlin and companies that are not sustainable are the ones that lag behind because the citizen mindset is so advanced and very different from back home, therefore highly influential to businesses in Berlin. Lastly, public transportation in Berlin was the first option for most people and although cars are sold cheaply, its insurance is very expensive.

On the other hand, Nathanya stated that Indonesia actually have a lot of potential for being sustainable as they have plenty of rich local produce. The only thing that brings the country back was the short knowledge on sustainability and low government regulation on the issue. To add to that, she thinks that Indonesian food is always full of flavours and that if any German tried Indonesian food, they will also have a hard time of letting go meat.

Elgin has been studying in Hong Kong for the past three years and he concluded that although living in Hongkong has made him more sustainable, he felt that some of Hong Kong’s sustainability habits is similar with Indonesian people. He described that Hong Kong people, like Indonesian, chose to use electric fan over air-conditioner due to the expensive electricity bill. They also bring their own bag when grocery shopping to avoid addition expenses. The economical reason plays a big part in Hong Kong’s and Indonesia’s similarity. The biggest turning point from his lifestyle in Indonesia is Elgin’s waste management improvement. He mentioned that due to his accessible environment and the city’s waste system, he started to reuse his food waste and sort his trash before dumping it into three different trash bins. He thought that he would never acknowledge the importance of rinsing out used cans before throwing it in the recycle bin if he did not become an international student at Hong Kong. 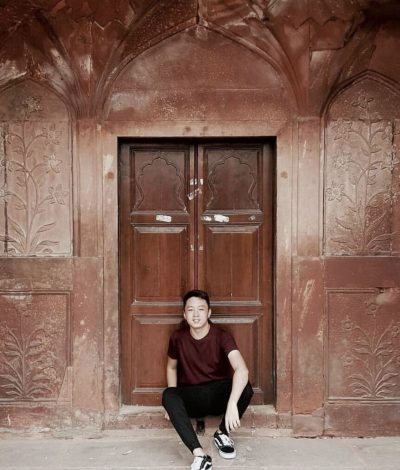 When asked about how Indonesia is dealing with sustainability compared to Hong Kong, Elgin lists several habits that he later realised is actually more sustainable in Indonesia than Hong Kong. One surprising fact that he stated was all food in Hong Kong was imported as the country do not have any farm because of the limited land they have. Even the country’s source of water was from China. This means that food miles in Hong Kong is a huge problem. This is a huge downgrade from his family’s habit in Indonesia that always buy local meat and ingredients from the traditional market. The limited land in Hong Kong also influence its’ citizen housing which are mainly tall apartment buildings that are always facilitated with elevators. He compared this significant electricity usage to Indonesia that mainly use stairs in their houses. In addition, Elgin stated that toilets in Hong Kong does not have bidets like Indonesia did. As a result, he used more toilet paper than he usually does.

Talking with my friends has brought me to another perspective than just from Australia and made me realized there are actually a lot more countries that are doing better than Australia. Although Indonesia is lagging behind a lot from all of the countries mentioned above, many of the things that Indonesian do is actually more sustainable than we thought. My country surely needs to learn a lot from other developed countries but so does Australia as there are still many rooms to be improved. Other than government’s regulations and the emerging trend of environment sustainability, citizen’s habit and culture played a big part in improving every countries sustainability state. It will take a longer time for Indonesia compared to Australia in improving their citizen’s lifestyle as the country is closely tied with culture and religion. 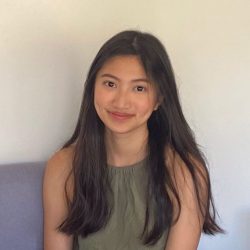