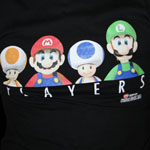 Is IOS dumbing down games?

The Brisbane gaming industry seems to be taking new directions since the emergence of the constantly growing IOS market. Professionals seem to have different views on the industry's new challenges and opportunities. The Brisbane gaming industry seems to be taking new directions since the emergence of the constantly growing IOS market. Professionals seem to have different views on the industry’s new challenges and opportunities.

Morgan Jaffit, who had been laid off when Pandemic Studios closed, is now the creative director at Defiant Development and he understands that the industry has shifted.

“All that really happened is that the market moved away from console to mobile and social and it did it in a very quick fashion thanks to Global Financial Crisis that was not anticipated,” he said.

Gaute Rasmussen lost his job when Krome laid off more than 390 employees in 2010 and now lectures at QANTM College. He emphasises that consoles and PC games still exists.

“It is more that the market has expanded,” he said.

Everyone with the proper equipment can make games and put them on the market. “There is more different ways to make game now,” he said.

There have been some concerns about the quality of IOS games. While a console or PC game might take a team of professionals four years to develop, an IOS game can only take a person three to four months to create.

“I can play an iPhone game for five minutes and find it enjoyable. I can do that again and again maybe 20 to 30 times, so I can get a couple of hours of entertainment out of it and I’ll feel like that’s quality,” Mr Rasmussen said.

“The problem I have with that is that as soon as I try to play for longer, it feels flat and uninteresting. There are very few mobile games that really give me depth. I’m afraid this might be the dumbing down of games.

“If we are going much further into this sort of IOS market, I think we as players, will eventually suffer from that,” he said.

“There are really meaningful and deep gaming experiences that you get with playing the same game for three to four hours and really going deep into it, into the story, the complexity and the mechanics.”

The consequences of  big studios closures have been dramatic for people working in the industry. Many lost their job, some have not been able to find a stable employment and others moved out of games.

This change has altered the landscape of the industry and many independent small studios have emerged.

Mr Jaffit has co-founded Defiant Development and caters now to mobile platforms because of the greater opportunities the IOS market offers. Developers can distribute their own products to the market to test them out and see how they are received.

“There are less big studios so there is less conformable place for developers to go, it’s harder to make a living in the industry but the trade off is that there is more opportunity and creativity now,” he said.

Not only has the way to make games changed, but there also seems to be a shift in the way people consume games.

“Japanese games are not popular anymore, they do not seem to appeal to the West as they used to,” Mr Niland-Rowe said.

According to Mr Loria, gamers now look for shorter games with quicker rewards.

“I’m not going to play Final Fantasy anymore because I am not going to invest 120 hours to get the reward or the fun,” Mr Niland-Rowe said.

Mr Jaffit says the market had become dull and more opportunities to be creative have emerged with IOS platforms.

“I’m much more thrilled by what I see in the mobile and indies these days,” he said.

It can take 60 people over three to four years to create a console game. During that time, their creativity is tied up. Big studios closures have allowed developers to create projects on their own.

“There is a lot more innovation than there were six years ago when it was a boring time to make games, everything was the same and since then, in the console market, we are just seeing a repeat of the same major franchise,” he said.

In an industry where various business models compete, developers seem to have different views as to the direction the industry is moving toward.

“I’m very optimistic about it, I think we are in a period of growth, we are a lot smaller than what we were when we were in the console industry but I’m very hopeful that in the next couple of years, we will see that growth continue with more stability,” Mr Jaffit said.

“We have so many business models now that it is hard for developers to pick one and to a certain extent, for players to understand and adapt to them,” Mr Rasmussen said. “It can be confusing for the players to know what they are dealing with.”

“There will be more devious ways of trying to get money from consumers” he said.

“I think we will have more companies like Zynga, that are essentially not in the business of making good games than making games that try to extract as much money from people as possible, using Skinner Boxing and whatever psychological trick that they can, in order to get people playing and more importantly paying,” he said.

Some developers have been using DLC (downloadable content) in a devious way. Mr Rasmussen says that in the past, developers would create a game and put it on  the market for sale. Then, they would go and create more content and expect players to pay more for that extra content. Now, as soon as the game is out, some games already have the  additional content on the CD and companies expect consumers to pay more to access it.

Recently, game developers have started to use Kickstarter as a tool to fund games after the success Tim Schafer had, with his San Francisco based company Double Fine funding an adventure game.

Kickstarter offers consumers the opportunity to be involved in the development process of the game by funding it.

Mr Jaffit says that Kickstarter is redefining the way developers look at pre-selling and pre-proving developers’ interests because instead of making ten games and having nine of them flop, developers can just pitch ten different games to see which one get most interests.

It is hard to pitch a game that would get people excited enough so they would be willing to fund it. Have a look at how Mr Schafer did it.

Mr Schafer asked for $400,000, which he got within eight hours of posting his pitch onto the Kickstarter website. Within 24 hours, his project raised over a million dollars and ended up raising $3,336,372.