Up In Smoke: Indonesia’s Tobacco Industry and its Children

In Australia, we all know how hard it is to buy cigarettes – they’re costly, they’re distributed at only a few select stores, and they’re package in a way that turns most people off smoking them. But in the bustling streets of Jakarta, the capital city of Indonesia, a completely different story is being told. Watch as UQ in Jakarta’s reporter Jacqueline Pon and her investigative team explore the perverseness of Indonesia’s tobacco industry, and its impact on children. 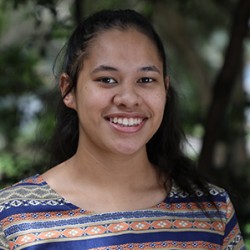 Jacqui is a third-year Journalism and Arts student at the University of Queensland. Having previously undertaken internships with Courier Mail, Queensland Magazines, Global Hobo, and Brisbane food publication Gourmand & Gourmet, Jacqui has developed a love for reporting on all things food, culture, and youth.