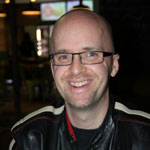 Games are starting to invade reality and are becoming the medium for everyday life. Soon, life will be based on a reward system controlled by corporations. Games are starting to invade reality and are becoming the medium for everyday life. Soon, life will be based on a reward system controlled by corporations.

Reward points will be earned by performing everyday actions, from brushing our teeth to walking to work, to watching particular ads or consuming particular products . Sensors will watch, monitor and record every single action of our life and send companies data about what, when, where and how we are consuming their products.

This is the future Jesse Schell, former creative director of the Disney Imagineering Virtual Reality Studio, teacher at the Entertainment Technology Center at Carnegie Mellon University and author, describes in his TED talk.

“The games will be tricking you to pay more attention to the ads,” he said.

He is convinced it is going to happen. “It’s got to come. What can stop it? And the only question I care about right now is who in this room is going to lead us to get there”.

This future can seem far-fetched but the reality is that elements of reward structures are already part of our everyday life, such as reward cards for shopping at the same supermarket.

“We already have things like face recognition which could spy on who we are when we enter a location. Most of us walk around with GPS locator devices (smart phones) these days. We have miniaturised technology which could be embedded in things like cereal boxes to gamify what we have for breakfast. A lot of TVs these days come with Skype cameras that can track where you’re looking,” he said.

The marketing desire to integrate more ads and reward structures into consumers’ lives is also there. Advertisement is a huge business. The more personalised and targeted ads can be, the better the impact on consumers will be. If companies had a system enabling them to know exactly what their consumers like and how they interact with their products, they would certainly try to take advantage of it.

Mr Rasmussen says the only obstacle would be if people are against it.

However, we’ve become more and more open to share our lives and personal information with strangers and we post things on Facebook we would never have 20-30 years ago.

“So maybe the generational thinking about this is changing and in the future we really won’t even think twice about this kind of exposure of our personal lives to massive corporations,” Mr Rasmussen said.

In addition, games are becoming more and more embedded into real life.

Mr Schell says that one of the common features of all successful Facebook games is that they burst through to reality. “Everything is suddenly about reality,” he said.

In the past, games were all about fantasy, which does not attract players anymore. “Japanese games are not popular anymore, they do not seem to appeal to the West as they used to”, Ashley Niland-Rowe, a recent graduate of game and interactive entertainment and last year 48-Hour Game Making Challenge winner said.

Designing games that burst into reality seems to be the new trend that developers are wiling to explore. Mr Niland-Rowe is particularly interested in designing a game that would be an extension of what players are doing in the real world.

A way to embed games into reality is using Facebook as a platform.

Morgan Jaffit, founder and creative director at Defiant Development says that Facebook games drive social focus. “Facebook is constructed from the ground up on how you work with your friends and how you share content,” he said.

Defiant Development is looking at ways to build social networking experiences into the games. “We do games in ways that engage the social experience,” Mr Jaffit said.

Mr Rasmussen says that games are becoming social again, returning to how they were to begin with.

“But the way they interact with reality has changed,” Mr Rasmussen said.

Even though the online social potential of games seems to be a new trend, embedding games into players’s reality is a psychological trick used by bigger companies to have people play and pay for they games.

Mr Rasmussen says Facebook games demand extra payment from players from time to time and encourage them to invite more friends to join them in playing to offset some of the cost.

“I have a problem with that,” Mr Rasmussen said.

“The business model directly influences the core mechanics of the game and makes the reality of things like real money and real relationship intrude onto my playing experience,” he said.

“I see Facebook games as psychological tricks to keep people playing and getting their friends to play. Zynga is infamous for this,” he said.

“Facebook is just horrenduous. There is no game, they are just Skinner Box designed to introduce a trickle of new content. It’s not even content, it’s just things to look at,” Mr Niland-Rowe said.

Jane McGonigal, a game designer and author, is convinced that games can be used to change reality and make the world a better place. In her TED talk, she argues that games have the potential to change the way people live their lives, to end poverty, hunger and to save the environment. She has been involved in designing games that encourage people to improve their real life and has been successful doing so.

Mr Schell believes that if the game system is well designed, being surrounded by sensors tracking and watching our behaviours might inspire us to be better people.

However, Mr Rasmussen sees a dangerous flip-side to games invading  reality because it introduces an external motivation for  daily behaviours.

“Should we need to be playing a game to tell us that we should care about the environment? Or make an effort in our education? Or do the dishes? What happens if we have games that encourage us to do certain things in our lives but not others? Will we ignore those areas because we don’t have the games there to encourage, motivate, reward us?,” he said.

Games are predominantly entertainment and by introducing them into our life, we run the risk of expecting everything to be entertaining.

“It’s great if we can use games to enrich our lives in some areas, but we have to be careful so they don’t take over our lives,” Mr Rasmussen said.