Australia is on the frontier of a multi-billion dollar internationally recognised games industry, with the economic importance of interactive media games set to increase with the growth of popularity of mobile gaming.

Forget everything you thought you knew about the traditional console game experience. It’s time to start thinking smaller, thinking smarter and thinking mobile.

Australia is on the frontier of a multi-billion dollar internationally recognised games industry, with the economic importance of interactive media games set to increase with the growth of popularity of mobile gaming.

Remember that video game Pong? Well In 1975 it was the pinnacle of gaming technology. Then came Space Invaders, Asteroids and Pac Man. A ‘golden age’ of gaming followed which lead to the Nintendo, the Sega, the Xbox, the PlayStation, Mario, Donkey Kong, Sonic, Halo and Call of Duty.

In the early 1980’s, Australia’s games industry emerged internationally with the transition from arcades to consoles and home computers providing the current industry with an impressive 30 year history of growth as development studios opened across the nation.

But something else happened along the way – in 1997 phone giant Nokia released its’ first version of Snake; a game that could be played on your mobile phone. The same device used to talk and text on now allowed users to curb their boredom by navigating a snake around a tiny screen. 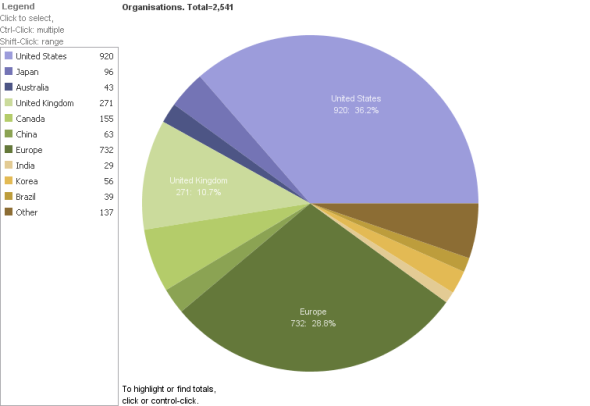 The current expansion of the gaming industry is largely attributed to the increased opportunities afforded by casual game development.

The introduction of smartphones, tablets and Facebook has provided viable platforms for casual experiences and has expanded gaming audiences significantly by offering increased accessibility and ease-of-use.

Indeed, the key strength of casual games are that they work well in the manner in which they are meant to be consumed; whether it’s on the bus during commute or for five minutes between meetings, casual games provide bite-sized experiences that are both rewarding and enjoyable.

These experiences are not restricted to core gamers, but in particular recognise the non-traditional gamer with limited interest or time dedicated to games.

Whereas developers are beginning to realise the casual genre’s potential, this trend is also derivative of the financial pressures relative to console-based games.

In recent years, budgets have crept up to the extent that a typical AAA title on console might require a $100 million investment and 300 person team.

This means that a developer must sell an overwhelming number of copies just to break even, as well as consider the retail and marking expenses relevant to their game.

Similarly, creativity and innovation is stifled because developers are discouraged from taking risks.

In this regard, the console field is beginning to stagnate with an increasing number of sequels which rely on previously established brands.

While the console-decline is pervasive on a widespread scale, Australia has largely adapted to the industry shift with a focus on small-scaled casual game development.

As the game industry undertakes the transition from consoles and handhelds to mobile games and interactive media, the annual value of the Australian interactive games industry is forecast to rise from the current $1.5 billion to $2.2 billion by 2012 (The NPD Group Australia, PricewaterhouseCoopers).

Critics however, are quick to note that the casual genre lacks the production values and deeper experiences natural to console titles.

Similarly, the relative ease of developing and submitting a smartphone app today means that the casual space has become overcrowded with games of poor quality.

As to whether this will have a profound effect on the industry remains to be seen. Australian game developers will go head-to-head in the annual 48 Hour Game Making Challenge in Brisbane.

Despite the changing and somewhat uncertain landscape of the industry, Australia still remains a forerunner in the games industry, supporting many development studios and being home to many events such as the 48 Hour Game making Challenge which sees a healthy turnout every year and is a great opportunity for participants to tests their skills under pressure. See a video of the Game Making Challenge here.

So, where to from here?

For the time being, games like Angry Birds and Fruit Ninja demonstrate that the best titles tend to inevitably ‘rise to the top’ and that the consumer, in paying with their wallet, ultimately determines the quality and appeal of casual games.

However, some industry specialists believe that games are starting to invade reality and are becoming the medium for everyday life through platforms such as Facebook.

The profitise, that in the future, life will be based on a reward system controlled by corporations. Reward points will be earned by performing everyday actions, from brushing our teeth to walking to work, to watching particular ads or consuming particular products. Sensors will watch, monitor and record every single action of our life and send companies data about what, when, where and how we are consuming their products.